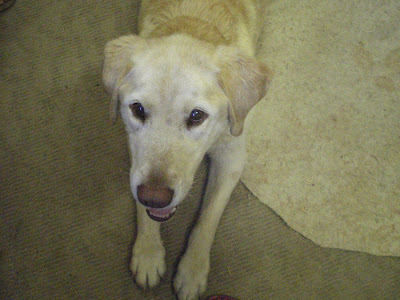 Yesterday our sweet doggie, Miss Joey, went to heaven. We had gone to run errands and discovered when we got home that she had had a real bad stroke while we were away. I knew when she left with hubs that she would likely not be coming home. She did not. I cried and cried. I could tell by his eyes that hubs had cried too, but not so I could see. 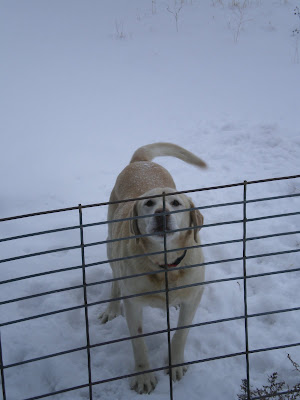 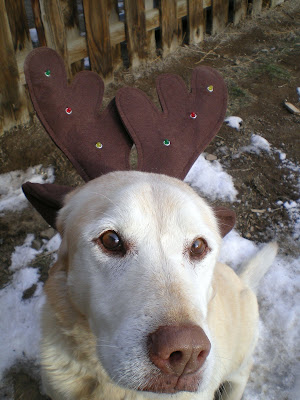 Joey was sort of a 'rescue' dog, though we didn't get her from a rescue shelter. Lucky for her and for us too, we found each other before it came to that. Joey had been abandonded by a farmer who sold his place and left town, leaving her tied to the door at the vet's office. I had called about lab puppies for sale but they had all been spoken for already. But Joey, or Jo-Jo as they called her, who was about a year old, needed a home, and did we want to come see her. We decided to go check her out and took Jet with us, our black lab. They took to each other immediately and Joey came home with us that night. 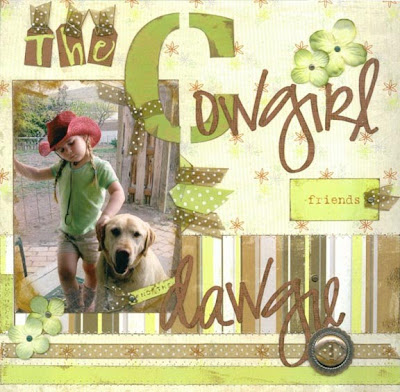 Our first hunting dog, Jet, a black lab we got as a puppy, was getting ready to retire as hubs' hunting dog as he was getting up in years. Randy wanted to train another dog before Jet couldn't go with him anymore, which is why we had called about the puppies when we found Joey. His last hunting season Jet taught Joey so much that training her was a piece of cake. She loved hunting as much as he did. He was 13 when he said goodbye. Joey was almost 12. 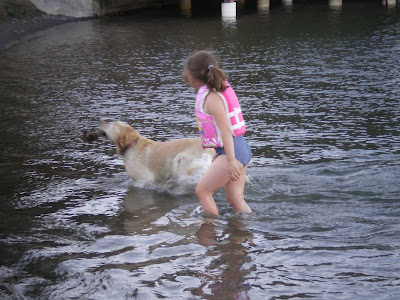 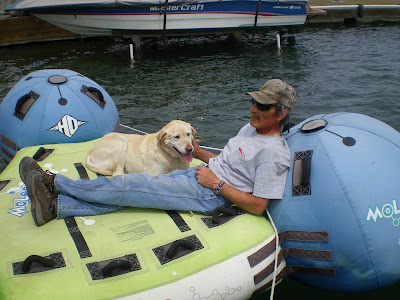 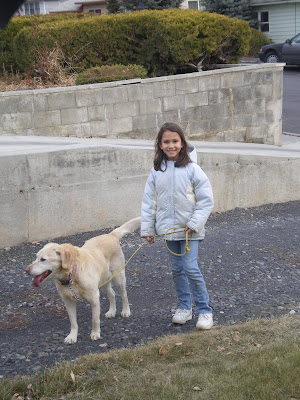 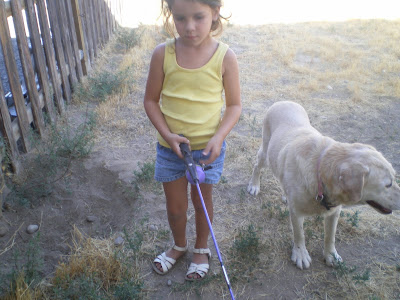 Grace told me today that she drew a picture of Joey as an angel dog, fishing. I had not even told her yet that Joey is laid to rest near her favorite fishing spot. :)