Let me start by saying that for some reason I don't fully understand, Pompeii touched me in such an emotional way, I can't even describe it. The fact this place is real, the fact it once thrived with the daily hustle and bustle of people going about their lives, then being snuffed out and buried for centuries ... I was pretty overwhelmed. Being there was an experience I will never forget. I hope you'll enjoy this tiny tour through pictures.

This is where our tour began, the open area of the public baths. The baths were a place where people socialized, played sports, and even conducted business. Only the wealthy could afford a private bath in their home so they were few and far between. 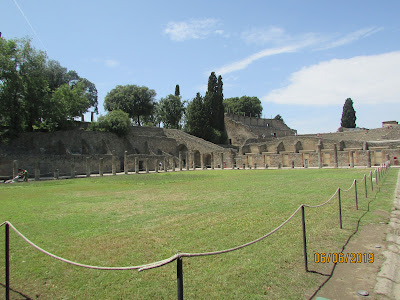 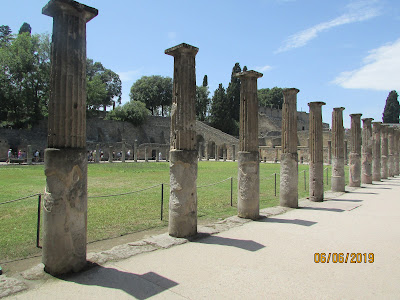 Entrance to the baths 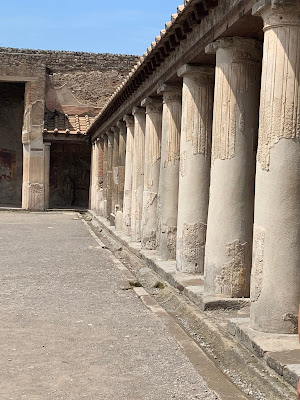 Some of the elaborate paintings still remain inside the baths. 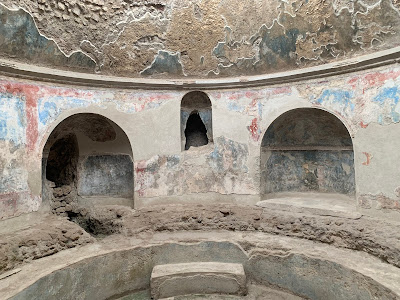 Streets of houses and shops. Amazing that the roads were so well made. Sure beats the asphalt and potholes we have to contend with today. LOL!! 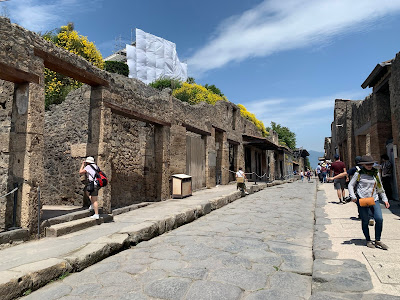 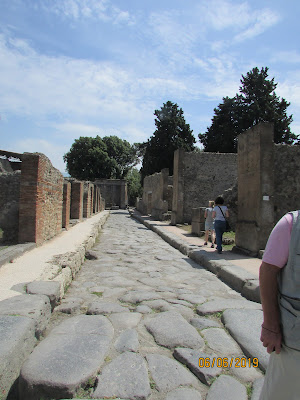 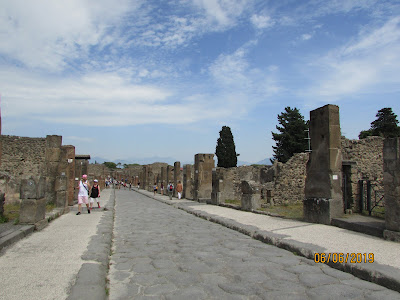 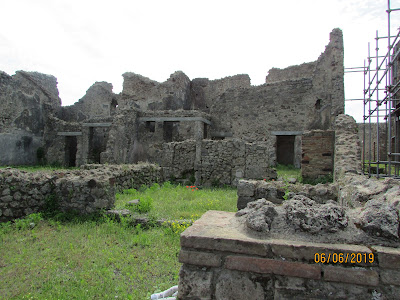 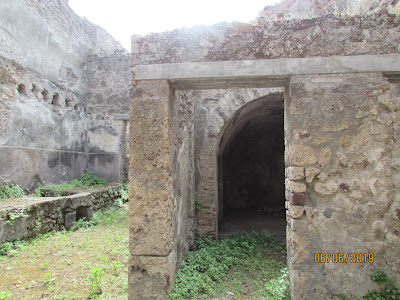 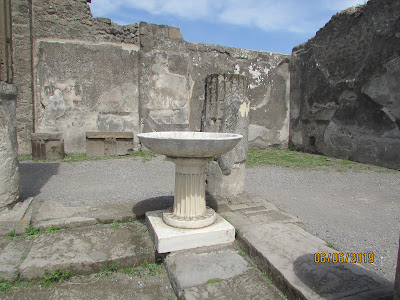 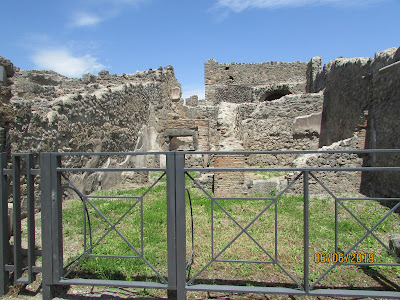 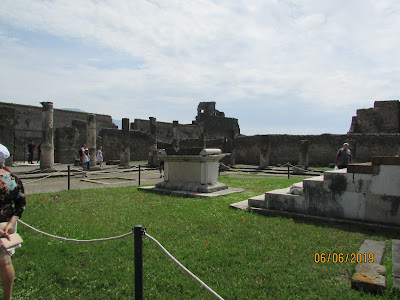 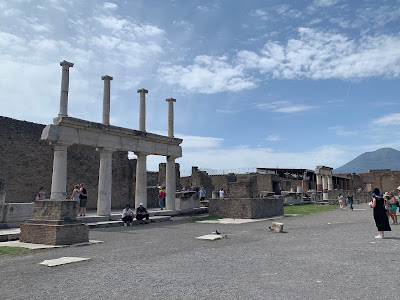 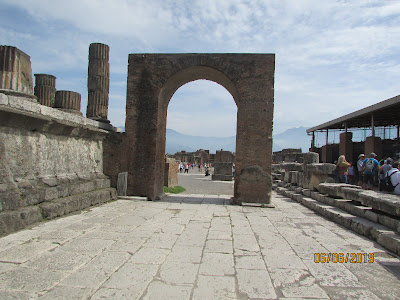 Pottery, vessels, and other containers uncovered during the excavations. 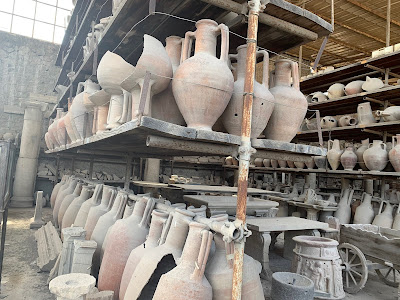 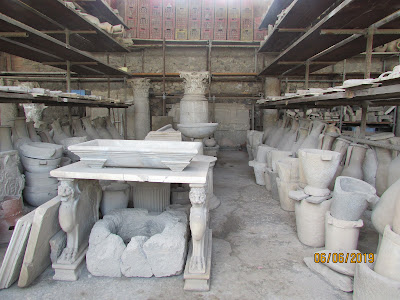 So far, about 1500 casts were made of the estimated 2000 who perished in the eruption. 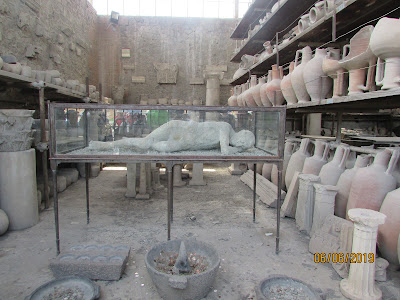 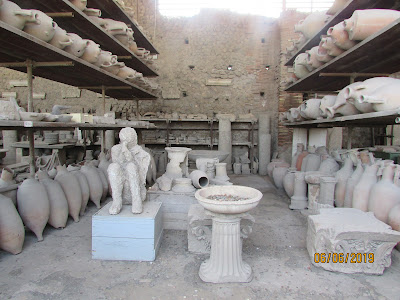 This final pic is just one of many signs pointing the way to the brothel. In case you forgot how to get there! LOL 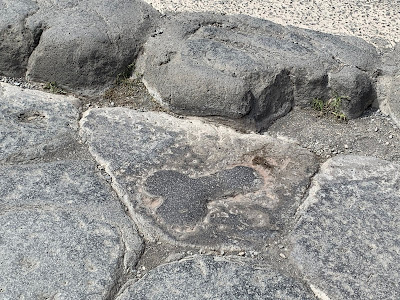 There is so much more to this that I learned when researching Pompeii after I returned from my trip. It's amazing how much we know about the devastation that I sure don't remember ever hearing in World History class. It's truly fascinating, and also heartbreaking.