Hey crafty friends! If you don't know yet, I recently returned from my first ever cruise, first ever trip outside the country, and let me tell you, it was wonderful! My sister and I spent 10 days in the Caribbean visiting the Bahamas and U.S. Virgin Islands. What a magical trip.

Because I live nearly 3 hours from the airport, hubs and I had to leave the house by 5:15 to make my morning flight out of Spokane. Thankfully, I am able to sleep on the plane. I first flew to Phoenix, then the Dallas/Ft Worth, then on to Fort Lauderdale, where I arrived about 10:30 p.m. Monday night, April 30. I just wanted to go to bed. My sister arrived almost 3 hours later, yes, 1:30 a.m., after flying from San Diego to Atlanta before arriving at Fort Lauderdale. We did not make our own flight arrangements, this was done by the cruise line. Not sure we'll do it that way again, but in the end it worked out. Anyway, we stayed up all night playing Yahtzee in the airport, with nothing open, so no food or even coffee, until 6:30 a.m. Our cruise peeps finally arrived around 10:30 a.m. (yep - I had been there for 12 hours!!!) with our passes/transfers and everything we needed to get to the ship. Oh, but guess what....I wasn't on her list! Seriously?! Thank goodness I had all my documentation from the cruise site in hand which put me immediately onto her list. Whew.

We left the Fort Lauderdale airport by bus and arrived at Port Everglades the morning of May 1. The Caribbean Princess was waiting for us all huge and pretty. Embarking was cool - I got to skip all the lines as I was traveling with my sister who is an Elite member and gets fun extra perks! Two thumbs up for that. We left Port Everglades for Princess Cays around 4:30 that afternoon. It was awesome. 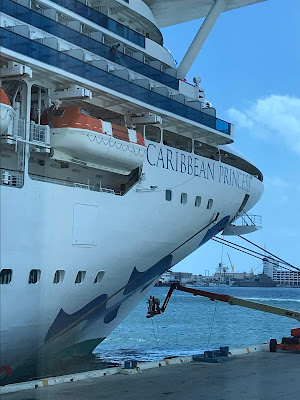 This is the first picture I took on board as we waited for everything and everyone to get underway. We had lots of time as we boarded early due to Kathy's Elite status. Much of our time spent aboard ship was spent playing Yahtzee and drinking mimosas. Because that's what you do when you're at sea. And we're fancy. 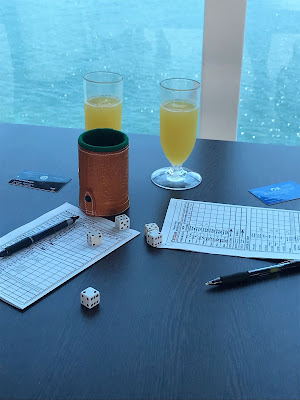 The pilot boat guiding us out of port. 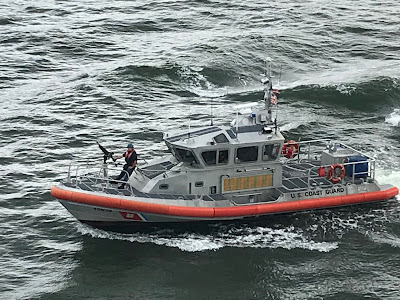 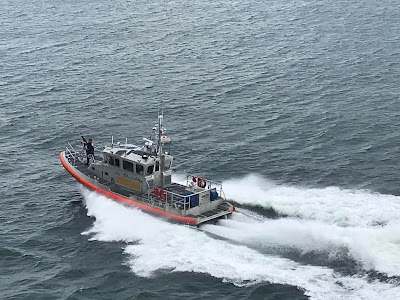 Sleeping on the ship was amazing. I loved the gentle rocking of the ocean and the bed was SO COMFORTABLE!! Plus our stateroom had a balcony so we could take our dice and drinks out there in the evenings on nights when it was cool. These pictures do not do it justice, believe me. And that blue....that is not a blue wall, that is the water. Also, we had a fridge, bar and two big TVs in there, plus a full bath and closet. Yeah. Nice. 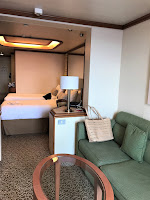 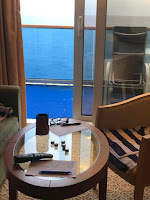 We had signed up for two excursions our first day, in Princess Cays, Bahamas. The first was a glass-bottom boat tour, which was pretty cool, although the glass bottom was too cloudy to get any pictures of the cool fish and many kinds of coral we saw. It was fun though.

This is the Caribbean Princess from the beach at Princess Cays. 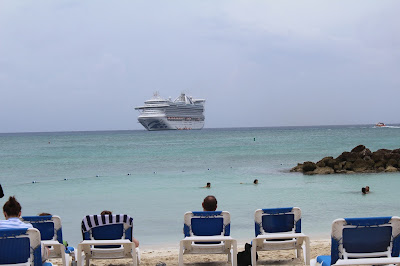 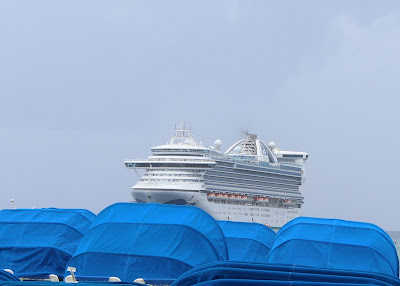 We found this table at a beach side bar where we decided to have a few drinks while we waited for the second excursion to begin. Turns out it was cancelled due to weather - it began pouring rain so we were glad we had this spot to chill and wait it out till it was time to go back to the ship. 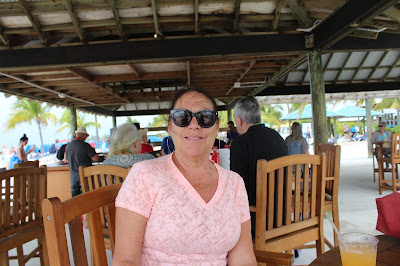 These guys played great music. They did a lot of 70s stuff and they were really good. 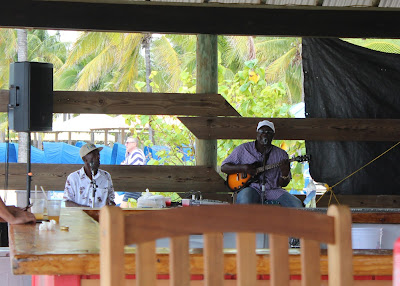 Our next day was at sea while we headed for St. Thomas, US Virgin Islands. Come back later for Installment 2.